This was the second Tam Lin retelling that I ever got my hands on (the first being "Queen of Spells" by Ipcar). Written by my favorite author and told in a very different and exhilarating perspective. I have so much love for Tam Lin retellings and am always on the lookout for new titles. Suggestions? 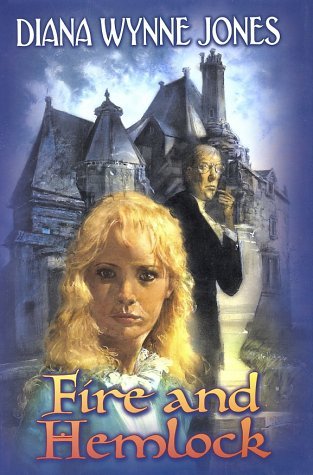 
Polly has two sets of memories...

One is normal: school, home, friends. The other, stranger memories begin nine years ago, when she was ten and gate-crashed an odd funeral in the mansion near her grandmother's house. Polly's just beginning to recall the sometimes marvelous, sometimes frightening adventures she embarked on with Tom Lynn after that. And then she did something terrible, and everything changed.

But what did she do? Why can't she remember? Polly *must* uncover the secret, or her true love -- and perhaps Polly herself -- will be lost.

As I've stated many, many times before... Diana Wynne Jones is the Queen of my favorite Authors. I have never met one of her books that I didn't instantly fall in love with "Fire & Hemlock" is no different.

Firstly, I recommend any who are interested in the book to first get a hold of "The Ballad of Tam Lin" or the modern reworking "The Queen of Spells" by Dahlov Ipcar. There are multiple translations of "Tam Lin". Just Goodreads it and you'll come up with one that seems to fit you. It's a great legend.

Anyway, reading any of those works will give you a fun little insight to the curious circumstances that our main character is facing.

As usual, Ms. Jones has constructed a tantalizing world of curiosities and magic, but this time it's set in a more modern state where magical happenings are not necessarily common place. She introduces magic via a number of recalled memories that get progressively odder and odder as the story develops.

The mystery of the second memories span the majority of the work but never become dull or redundant. There is, of course, a romantic element to the story. What kind of "Tam Lin" retelling would it be without the romance?! I ask thee.

We get to see a love blossom from the very beginning, from "little girl crush" to "I'm a grown woman and I LOVE YOU LIKE YOU WOULDN'T BELIEVE".

The story is set, or rather remembered, over a 7 year period from the main character's 11th year to her nearly 19th.

This offers a lot of opportunity for the reader to get to know our main character. You'll feel much involved in this mystery adventure about how an aspect of a hero is the love in their hearts and how the shape of love holds no one form and has the power to utterly and beautifully alter anything it touches (and also kick the living tar out of evil. This is an important point, as well.)

Love is the purest of magics in the end. This, to me, is the message that Ms. Jones delivers to her readers through the spectacular work "Fire and Hemlock".

Auggie is the 30 year old whirlwind owner of Auggie-Talk. A bibliobibuli by nature and a (potentially obsessive) lover of Diana Wynne Jones and Neil Gaiman. Not so secrety secret: She's been known to consume toomuch caffeine leading to hyperactive rants about her heinous lack of shelving.

You know me and my happy little addiction to creepy kids fiction! 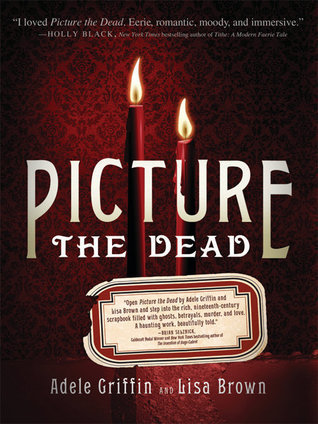 
A ghost will find his way home.

Jennie Lovell's life is the very picture of love and loss. First she is orphaned and forced to live at the mercy of her stingy, indifferent relatives. Then her fiance falls on the battlefield, leaving her heartbroken and alone. Jennie struggles to pick up the pieces of her shattered life, but is haunted by a mysterious figure that refuses to let her bury the past.

This little gem is about a young woman during the civil war whose fiance/cousin, Will, is killed in battle. His brother comes home in his stead presenting a whole new kind of trouble for Jennie... she's no longer wanted in the household and she has nowhere else to go. Not to mention the ghost of Will and her brother Tobe haunt her frequently.
Will's spirit gets more and more hostile, especially as she becomes closer and closer to his brother.

If all of that isn't just fine and dandy, Jennie is faced with the possibility that her beloved Will wasn't such a rosy, happy man after all.

A great little twist ending will have most of you gasping, while other readers who figured it all out before the last chapter will just applaud the heroism of our young female lead.

I was very impressed with this book. It would have been a treasure without all of the illustrations, but the pictures bring so much color to the world of Jennie Lovell. The reader will find themselves lost in a battle of the heart, the swarm of a will to survive coupled with a determination to love. There's a lesson of life here, of looking before you leap, and of guarding your heart against the careless plans of others, and of always knowing your facts.

I would definitely recommend this to all of my readership, though perhaps not to ages any younger than 12 due to a bit of spicy romance.

Auggie is the 30 year old whirlwind owner of Auggie-Talk. A bibliobibuli by nature and a (potentially obsessive) lover of Diana Wynne Jones and Neil Gaiman. Not so secrety secret: She's been known to consume toomuch caffeine leading to hyperactive rants about her heinous lack of shelving.